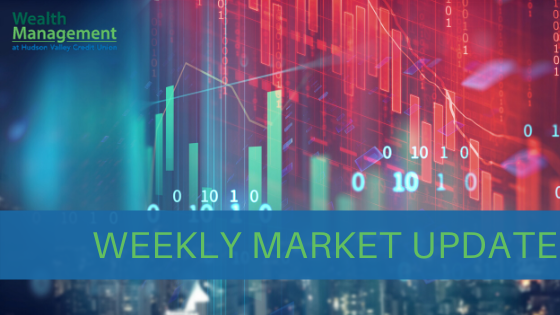 2020 was an extraordinary year for the Federal Reserve (Fed). The Fed responded swiftly and decisively to the rapidly accelerating financial and economic uncertainty brought on by efforts to contain the COVID-19 pandemic. The current Fed was helped by precedents and policies created during the 2008-09 recession, but also went beyond them to address the specific economic needs of the current crisis. We are not on the other side of that crisis yet, although we’re certainly getting closer, but there’s at least enough perspective to look back at what we learned about the Fed and markets in 2020 as we head into 2021.

“Don’t fight the Fed” may seem obvious now, but in the middle of the extreme uncertainty of March 2020, many market participants wondered if it would be true this time around.

“When I think about markets in 2020, the Fed’s Monday, March 23 rollout of all its new facilities sticks out as a key moment,” said LPL Chief Market Strategist Ryan Detrick. “It was unconventional policy with an uncertain outcome, but what was clear was that the Fed was making a statement. We upgraded our equity view the following week.”

The Fed’s influence is not unlimited and monetary policy is not a cure for all that ails the economy. Central banks have struggled for years to meet inflation targets and loose policy often seems to disproportionately support asset prices rather than the real economy while hurting savers.

At the same time, the Fed is at its best in a crisis, when its natural role as the lender of last resort and liquidity provider becomes especially important. How to respond to the needs of this crisis was not obvious. It took imagination and a willingness to push the boundaries of monetary policy. It wasn’t clear early that the new tools would work, but it was clear that the Fed would do whatever it could to support the economy.

Second Takeaway – The Fed Is Not Out of Policy Tools

With the 10-year Treasury yield already at a record low by the end of February 2020, some market participants thought the Fed was short on policy tools. It’s a refrain we continue to hear.

For this crisis, getting loans to struggling business and shoring up credit markets was essential. To get there, the Fed took a step closer to being a direct lender than it has in the past, taking a step toward acting more like a bank than a  central bank for the financial system. It’s not really the role we want unelected Fed officials to play, but the Fed acted in coordination with Congress and the Department of the Treasury and it was probably the right policy for the right time. The Fed deployed other new policy tools as well. For example, the Fed directly bought corporate bonds in the secondary market for the first time, including via exchange-traded funds (ETF), which was also a first.

There certainly are, and should be, strict limits to what the Fed can do, but we would be reluctant to say they are ever out of policy tools. As we learned in both 2008 and 2020, if it seems that way it’s really just because the Fed hasn’t invented them all yet.

Third Takeaway – For the Fed, the Threat of Inflation Is Not What It Used to Be

This one may have the most consequences as the economy moves forward as the Fed moves out of crisis mode. For decades, the Fed worried about acting too late to control inflation, because once inflation gets going the economic costs of getting it back under control increase. The Fed’s current view is that the danger over the last three economic cycles, dating back to the early 90s, has probably been the Fed acting too soon rather than too late.

This change has been embedded in the Fed’s recently updated policy framework, released in August 2020. According to the new framework, the Fed has decided to allow inflation to run a little over the Fed’s 2% target without tightening monetary policy if it has been running under the target for a while, so that it averages 2% in the long run. The Fed still doesn’t want to act too late on inflation, but it now sees a buffer against acting too soon as more important than the risk the buffer creates of acting too late. We’ll have to see how this new framework plays out, especially in the back half of the new economic cycle, but the Fed’s intention is clear.

The Fed was tested in 2020 with a unique economic crisis that, in its own way, was as challenging as 2008. So far the Fed has passed that test and helped the economy get back on steadier footing. At least for now, the Fed is signaling it will remain very supportive for some time to come. We’ll be keeping that in mind as we look back at 2020’s reminders that the odds favor moving with the Fed, not against it.

This material is for general information only and is not intended to provide specific advice or recommendations for any individual. There is no assurance that the views or strategies discussed are suitable for all investors or will yield positive outcomes. Investing involves risks including possible loss of principal. Any economic forecasts set forth may not develop as predicted and are subject to change.

References to markets, asset classes, and sectors are generally regarding the corresponding market index. Indexes are unmanaged statistical composites and cannot be invested into directly. Index performance is not indicative of the performance of any investment and do not reflect fees, expenses, or sales charges. All performance referenced is historical and is no guarantee of future results.

Any company names noted herein are for educational purposes only and not an indication of trading intent or a solicitation of their products or services. LPL Financial doesn’t provide research on individual equities. All information is believed to be from reliable sources; however, LPL Financial makes no representation as to its completeness or accuracy.

All index and market data from FactSet and MarketWatch.

This Research material was prepared by LPL Financial, LLC.

Insurance products are offered through LPL or its licensed affiliates.  To the extent you are receiving investment advice from a separately registered independent investment advisor that is not an LPL affiliate, please note LPL makes no representation with respect to such entity.